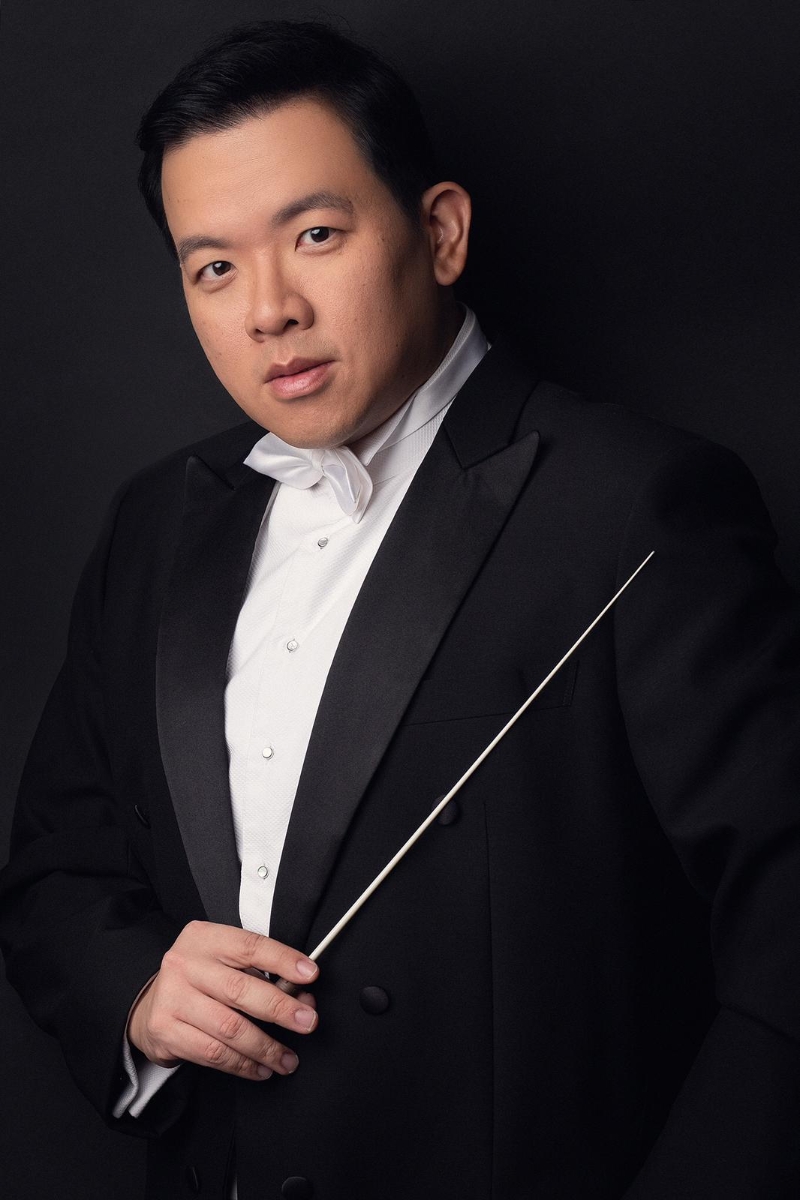 “Hang in there! Life’s never easy. Enjoy every step of your life.” This is what conductor, music director and producer Adrian Chiang would say to his younger self.

Adrian started his musical journey at a young age, where he learned the piano and euphonium.  He joined the then Singapore Youth Orchestra (SYO, now SNYO) in 1998 where he had the opportunity to further hone his musical skills and learned to play the bass trombone within just three months.

“Having the opportunity to learn from instrumental teachers and conductors was what attracted me then to the SYO/SNYO programmes,” Adrian shared, “Whether you wish to be a serious musician where you are looking at music as a potential career, or just simply wanting to be more serious with your hobby, I think the programmes offered would be a great stepping stone to immerse into the industry.

“My advice to those who are considering joining the SNYO is to not think further and just go for it!”

One of his fondest memories with SYO was the tour to Aberdeen where they played RESPHIGHI’s Pini Di Roma (Pines of Rome) as the finale piece. Adrian shared, “We reached the last note and the guest conductor held it so long – I was doing my best to hold that note at fortissimo! After that, I blacked out for quite a few seconds and almost fell off my seat!”

Growing up in a typical Singaporean household, Adrian felt the fear of being a freelancer from his peers and family, let alone depending on music as a career. Taking the “safer” route, he undertook an academic degree at the National University of Singapore (NUS) in Business Administration. Nevertheless, this was not something he regretted as it had helped him develop uniquely as a full-time musician.

As the economy faced a downturn upon his graduation, Adrian landed his first job in medical sales and marketing through the recommendation of his NUS lecturer. Having a flexible working schedule meant that Adrian was still able to continue teaching and conducting a school band.

It was at his second full-time job, with the Singapore Symphony Orchestra (SSO), that Adrian found his love and passion for conducting growing – a push he needed to pursue conducting as a full-time career. At SSO, Adrian was exposed to the many aspects of back-end orchestral organisation. In addition, interactions with musicians and watching other conductors work developed him further on aspects such as understanding what makes a conductor successful, what musicians look for in a conductor, a musician’s mindset at rehearsals and what it takes to create an effective rehearsal and ultimately, a successful concert.

He added, “During a performance, being one with the music is all that matters. Once we start that first note, we take on the energy and persona of the piece of music written by the composer. If I am not able to show my emotions openly to my musicians, the musicians would not be able to convey that emotion in their playing to the audience.”

Having this innate passion for music, Adrian, with a scholarship from the National Arts Council and NUS, left SSO after seven years to make the eventual career switch, in his mid-30s, to pursue a Master Degree in Music at the Yong Siew Toh Conservatory of Music (YSTCM). 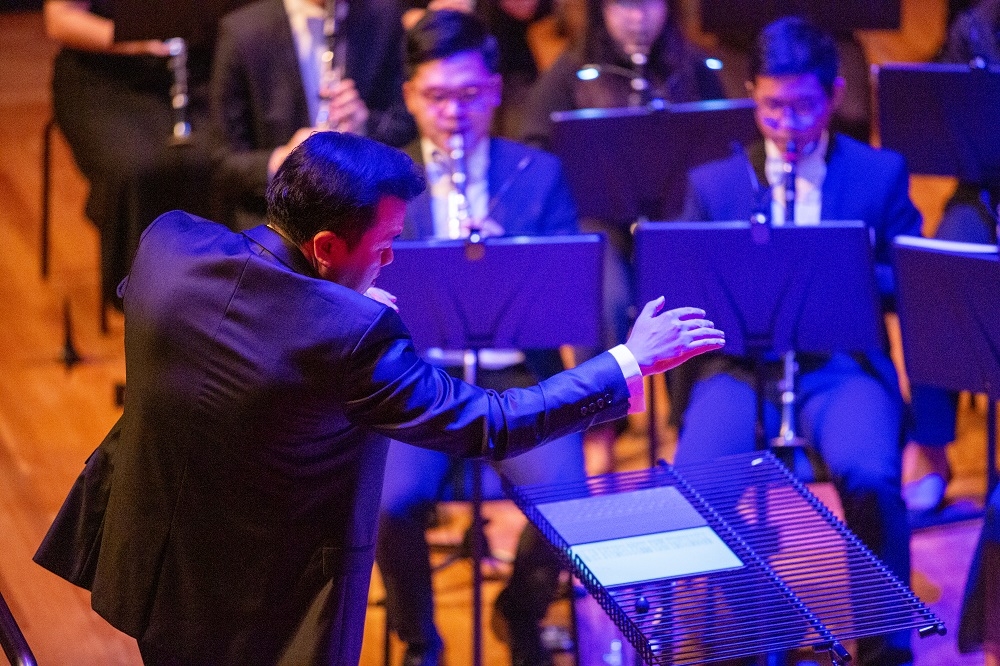 Picture above: Adrian Chiang conducting The Philharmonic Youth Winds at the National Arts Council Silver Arts 2019 ‘Those Were the Days’ Concert (28 September 2019).

Wearing many hats, Adrian currently teaches conducting at YSTCM and is the General Manager of Resound Collective, a professional chamber orchestra. Whilst grooming aspiring musicians from various educational institutions in Singapore, Adrian also serves as president at the Band Directors’ Association (Singapore) as well as the National Instructors and Coaches Association.

Despite the current pandemic situation, Adrian premiered 17 new works with his secondary and junior college wind bands during the Singapore Youth Festival but still faces the challenge of finding innovative means to motivate his students to continue honing their skills. “It will take a while,” Adrian said, “ …but I think people are still yearning for the good old orchestras to restart and I would imagine that when this is all possible, Singapore, along with the rest of the world, will once again be bustling and flourishing with never-ending performances. I hope that everyone continues to hang in there and may we all emerge from this stronger than ever.”

With all these commitments and balancing family life with two young children, Adrian is still looking to aim further, “I want to continue enriching and challenging myself by breaking out of my comfort zone to dabble in new projects or music that I’m not familiar with, and to increase my exposure to the different elements of music-making across different spectrums.”